Do You Feel Different? Are You Afraid To Talk About Your “Gifts”? 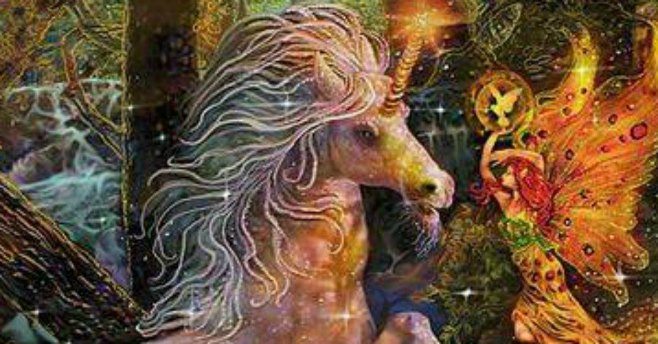 Why are so many gifted people reluctant to talk about their gifts? There are many reasons!

Perhaps your parents thought you were cursed by the Devil

Sometimes children will talk about their “invisible friends,” or their past lives, or about seeing space ships, and their parents will become frightened and sometimes their parents will think that their child is cursed and will take them to church to confess their “sins.” This is extremely traumatic for a sensitive child, and it may cause them to close down and to stop being able to see these things.

It would be different in Africa or South America

Malidoma Some talks about this in his book about African shamanism, Of Water and the Spirit. He says that when the children were sent to the missionary schools, they were no longer able to see the ships flying over the village. Apparently, this is a very common experience in Africa, where there are fewer taboos about seeing space ships. I’ve spoken to people from South America who tell me that it is a very common experience there.

Another reason why many of us are reluctant to speak about the normally unseen things is because we may be afraid that people will think we’re crazy. In fact, when Dr. Malidoma Some visited a mental institution in America, he was horrified, because in Africa, when individuals displayed similar symptoms, they were regarded as unborn healers having a spiritual emergency. His own Dagara people regard such “crazy” behavior as “good news from the other world.” They believe that the person going through the crisis has been chosen as a medium for a message that needs to be communicated to the community.

Your fear may go back to a past lifetime

But there is yet another reason for the silence and the fear. I have regressed nearly 1000 people over the last 40 years, and I have witnessed numerous people who were burned and tortured as witches during the middle ages. It is a devastating experience, and it often leaves deep scars, including the reluctance to be seen as a person who has special gifts and is capable of doing spiritual healing.

Accused of being a witch

The most traumatic past-life experience that I witnessed involved a woman who had been a loving herbalist and healer for her small woodlands community. But when the witch trials began, all female healers were suddenly considered witches and people were pressured to turn them in and testify against them “to save their souls.” The punishment for her crime was to be buried alive, with her head exposed, and to be left in the ground until she died. Rotten fruits were thrown at her head so that vermin attacked her eyes and nose and ears.

In her current lifetime, this poor woman became a librarian and hid away, behind her books. But when she heard me speak at a metaphysical bookstore in Columbus, she knew she had to study with me. Then the memories came back, little by little, and she was finally able to claim her power as a healer again.

Do you have unusual gifts?

Many spiritual seekers who are drawn to the RMA Mystery School have unusual gifts. They may feel isolated because they can’t talk openly about these gifts, so the gifts begin to feel like curses, and they ask themselves: Why can’t I fit in? Why can’t I be like everybody else? What’s wrong with me?

Does this resonate with you?

Does some part of you feel like an outsider? Do you have unusual “gifts,” but you don’t know if it’s a curse or a blessing? In the RMA Mystery School, you become empowered to use your gifts for the highest good. The loneliness of being different slips away when you are in the presence of other lightworkers, working toward similar goals, becoming each other’s support team.

Its is my personal mission to work with Indigo Children and people of all kinds and ages who feel isolated because they are different from the norm. That’s why The Mission of the RMA Mystery School is to create a safe and sacred space of love for kindred spirits to develop and share their special gifts while raising individual and planetary consciousness.”

If this resonates with you, please consider joining us at The RMA Mystery School.
I would love to hear your thoughts on the subject. Please comment below.